Half of employers’ fear diversity creates a challenging work environment.

Robert Walters research has found almost half of employers (41 per cent) say that a diverse workforce can make collaboration more challenging. Whilst three quarters of companies (73 per cent) state that diversity encourages creative and innovative thinking, they also claim that it is these differences of opinion that can be difficult to manage.

The results come from a Robert Walters whitepaper – Diversity & Inclusion in Recruitment – which was re-published in time for World Cultural Diversity Day earlier this week. “Employers must recognise the potential challenges that a diverse workforce can bring and have a strategy in place to overcome them,” said Chris Hickey, UK CEO at Robert Walters. “By doing so they can ensure that their workforce remains cohesive and is able to collaborate effectively while still gaining the advantages, such as a broad range of perspectives and ideas, that a diverse workforce can bring.”

Despite 85 per cent of companies claiming that increasing diversity in their workforce is a ‘top priority,’ almost half (46 per cent) of UK employers do not have a programme in place to attract diverse candidates. In fact, half of employers (45 per cent) do not monitor or measure employee diversity in any way or even have the means to do so and a further 45 per cent believe their current recruitment tools are ineffective at attracting or targeting a diverse range of candidates.

This is particularly true of companies’ websites – 73 per cent of which are not accessible to candidates with disabilities. Added to this, there appears to be a lack of consensus over who is responsible for developing the business’ brand and culture in order to appeal to a diverse range of candidates.

56 per cent of businesses believe that senior management should take the lead, a third (36) believe that it is the responsibility of the HR department, and a tenth (9 per cent) believe marketing have a role to play. Despite the majority believing that the key to tackling diversity starts at the top, it is alarming to see that just a tenth of businesses (13 per cent) monitor how much time is spent discussing inclusion and diversity at senior management meetings.

Chris Hickey adds: “One of the most shocking findings in the survey was the fact that 52 per cent of employers do not ask their recruitment consultancy to provide a diverse shortlist of candidates. And whilst almost all employers (81 per cent) recognise that unconscious bias can impact their hiring decisions, half (42 per cent) use no tools to address this.

In the face of these challenges Robert Walters has launched Adify – a new technology designed to encourage diversity in advert writing and a tool that will help employers recruit from diverse backgrounds.

Insight for the Future 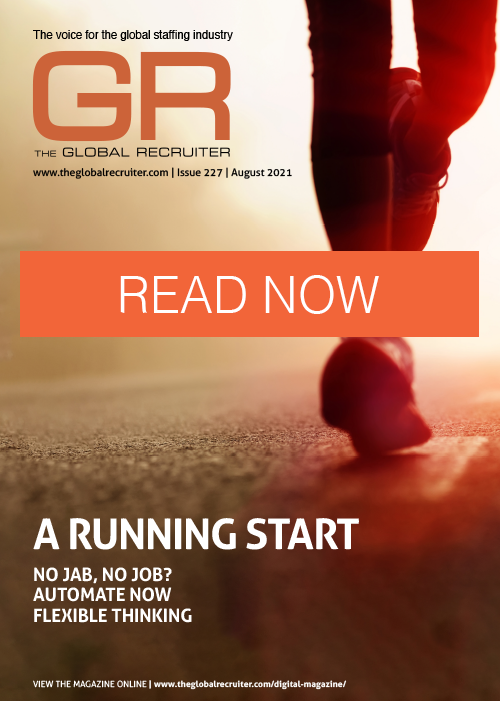 Insight for the Future